With medical marijuana now legal in Florida, is recreational pot far behind?

Michael Minardi at Green Carpet Tampa at the ZonkFamilyConference 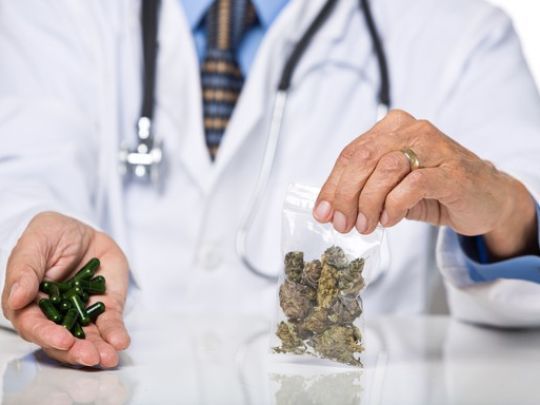 With medical marijuana now broadly legal in Florida, what are the chances that cannabis will eventually be fully legal in the Sunshine State? A Tampa-based attorney is now leading that still-longshot effort. Frank Gluck/The News-Press

More than 71 percent of Florida voters in November agreed marijuana should be used to treat serious illnesses – the highest margin of support among the nine states considering various levels of cannabis legalization last year.

Given that kind of public backing, a group trying to legalize adult recreational cultivation and consumption of the drug hopes 2018 will finally be the year cannabis prohibition fully ends in the Sunshine State.

The organization, Regulate Florida, is making its second — though still under-the-radar — attempt to get its proposed constitutional amendment on the state ballot.

"We have the wind in our sails and the tide of the country on our side. The polls for legalization continue to climb," said Tampa attorney Michael Minardi, who is leading the legalization effort. "The attitudes and the perceptions and acceptance of this issue has changed dramatically, even since the election of 2016."

But if funding, staffing and the lack of deep-pocketed backers are any guides, pro-marijuana Floridians probably shouldn’t count on an easy win anytime soon.

The group, which claims dozens of volunteers, must collect more than 750,000 valid signatures by early next year to get the measure on the ballot. To date, it's collected about 20,000, Minardi said.

Minardi's political action committee, Sensible Florida Inc., has received about $245,000 in donations and in-kind services since 2015, nearly a quarter of which came from Minardi himself.

That’s a far cry from the $6.2 million raised for the political action committee backing Amendment 2, People United for Medical Marijuana, in the 2016 election. The medical marijuana cause also benefited from the leadership of the high-profile, and wealthy, Florida attorney, John Morgan.

Earlier state laws allow patients whom doctors determine have terminal illnesses or medical conditions that might benefit from non-euphoric strains of the drug to also get it.

Ben Pollara, Morgan’s top lieutenant in the Amendment 2 campaign, said he doesn’t think the time is right to pitch recreational pot to voters.

A successful effort to get any proposed constitutional amendment on the ballot would likely cost more than $4 million, he said. And, Pollara said he doubts it would get the needed 60 percent for passage.

The state's GOP-dominated Legislature, he said, is not likely to legalize marijuana on its own anytime soon.

"I think if you poll it, which I have, there's probably a slight tilt in support of legalizing marijuana in Florida. But Florida doesn't require 50 percent plus one. It's 60 percent plus one," he said. "If it's coming to Florida, it ain't coming for a while."

Morgan himself is more optimistic of full legalization's chances. Though he is not affiliated with Minardi's effort and has denied that he is working toward that end, Morgan told reporters in Tallahassee on Thursday that it would likely win if put to a vote.

"I do believe that now, in this environment, that recreational marijuana would pass a constitutional amendment by 60 percent," he said.

The most recent poll on the matter, a survey by Quinnipiac University published in May 2016, found that 56 percent of Florida voters supported recreational use of marijuana. Newer national polls put voter support at or higher than 60 percent.

Minardi's proposed constitutional amendment would allow the sale of up to one ounce of cannabis to adults 21 and older and allow adults to grow up to six flowering plants per household if the growing is done in a locked, indoor greenhouse and the product is not later sold.

"We’ve proven with alcohol that it’s better to have a regulated market than it is to have a black market," Minardi said. "Drug dealers do not card. They do not care. And they probably have 10 other drugs with them that they're going to try to feed to your child."

A recent poll insists that Americans believe that marijuana is less harmful than opioids in pain relief, but are considerably less comfortable with children and pregnant women using the plant to treat their medical conditions. Two-thirds of the respondents in the telephone conducted survey reportedly believe opioid drugs like Vicodin or OxyContin to be "riskier" to use than marijuana, even when prescribed by a doctor. Though doctors technically won't write a prescription for cannabis to treat pain or other ailments, most states that offer legal medical marijuana require patients to obtain a doctor's written recommendation to treat their conditions with the plant. Wochit

With those, recreational use of marijuana by adults is now legal in eight states and the District of Columbia.

But marijuana acceptance, at least the medicinal kind, is also gaining in more conservatives states. Aside from Florida, Arkansas, Montana and North Dakota approved medical marijuana laws in 2016. Today, 29 states allow broad use of marijuana to treat medical conditions.

A majority of voters in each of Florida's 67 counties voted in favor of Amendment 2. All but three counties — Hardee, Holmes and Lafayette — had at least 60 percent voter support.

Even so, it's worth noting that it took California two decades after legalizing medical marijuana before voters approved full legalization for adults. Colorado, one of the first states in the nation to legalize recreational marijuana, did so a dozen years after decriminalizing its use for certain medical conditions.

"I think you are seeing the marijuana issue in Florida become more bipartisan and you have more people who are willing to learn about it. That's the first step," said Jesse Kelley, legislative counsel for the pro-legalization Marijuana Policy Project, which spent hundreds of thousands of dollars in 2016 for campaigns in Florida, Arizona and New England. "But medical marijuana is an easier sell. Taking that next step toward recreational marijuana is, in my opinion, all about discussing public safety."

To date, more than 16,000 Floridians have registered as medical marijuana patients, a figure expected to balloon to close to a half million over the next five years.

The financial impact of full legalization is not known. But legal marijuana is already a cash cow elsewhere.

One recent study in California estimated that ending its prohibition will likely have a $5 billion impact. Nevada saw $3 million in sales and $500,000 in tax revenue during its first four days of legal sales last week, according to news reports .

"The economic potential is enormous," said Pete Sessa, co-founder of the Florida Cannabis Coalition, a pro-legalization business group. "Whether it's growing and selling cannabis or it's all the other businesses that are spawned from the cannabis industry."

Full legalization up in smoke?

The first battle affecting recreational marijuana's future in Florida may have already started.

Morgan is suing the state over lawmakers' decision this summer that patients qualifying for medical cannabis may not actually smoke it. They must instead stick to marijuana-infused balms, oils and substances that can be "vaped."

Morgan said some patients find that smoking cannabis is more effective in relieving symptoms than other ways of ingesting the drug. Besides, he said, voters gave a clear message to the Legislature that medical marijuana should be available in all forms.

House Majority Leader Ray Rodrigues, R-Estero, said blocking smokable cannabis is a matter of public health because inhaling smoke is not healthy or a proper way to take a medicine. Rodrigues said little to specifically counter Morgan's argument about voter intent, saying that it is now a matter for the courts.

He added that smoking may help normalize cannabis use and help the cause of those who would see it fully legalized.

"I think you can see where that has been the case in other states," Rodrigues said.

He may have a point.

Kelley, the lawyer for the Marijuana Policy Project, said that Florida would likely need to allow cannabis smoking for full legalization to work. Not only does it get the public used to cannabis use, it would allow businesses to develop the infrastructure to process, package and sell the plant in the way recreational users most commonly consume it.

"The smoking ban in the medical marijuana law in Florida is going to be the most critical transition point to recreational usage," she said.