When is it pot and when is it not? Marijuana changes are vexing authorities and retailers 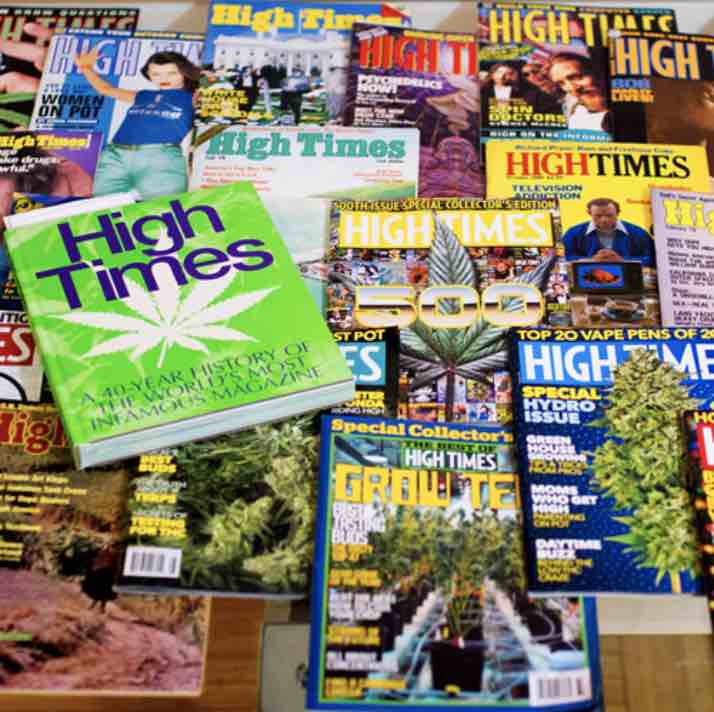 High Times is forward-looking once again by announcing the first-ever initial public offering that can be funded by cryptocurrency in addition to fiat currency. The authoritative publication is using a handy law called Regulation A+ crowdfunding, designed to allow small companies like the media brand to crowdsource $50 million in a public offering from everyone including non-accredited, everyday investors. If you’ve got $11 or some Bitcoin, you’re in.

The bold move may be a lasting one, as this veteran cannabis icon is reaching out to embrace the latest in technology and finance in a way that may reverberate across both industries. The decision to accept cryptocurrency was a strategic one intended to demonstrate inclusiveness. Adam Levin, Chief Executive Officer of High Times, said the brand is on an organizational mission to be “at the forefront of popular culture… not only as one of the first cannabis-related brands to go public on the Nasdaq but also as the first to allow Bitcoin and Ethereum as part of our public capital raise.”

This new brand mission involves a whole lot of outreach as High Times sets itself to transform into a video and media powerhouse, diversified events host, and more driven merchandising company.

For nearly a half-century, the progressive magazine has ushered readers to and through a better understanding of cannabis, its culture, opportunities, restrictions, and evolution. High Times has attracted audiences eager to learn everything weed.

High Times is credited by a Florida lawyer for being the educational foundation to later help him convince a jury of his client’s need for cannabis. “Growing up I read High Times and they exposed a lot of the hypocrisy of the government and the lies about cannabis,” Michael Minardi explained to Vice about his historical court win for his client’s permission to grow his own medicine.

Samir Husni, director of the Magazine Innovation Institute at the University of Mississippi, said of High Times, “They have top brand power. When you think marijuana, you think High Times.” Adding, “If they can use it effectively, they will be a powerful company.”

If High Times goes the direction of marketing its IPO directly to cryptocurrency holders, a powerful bridge can be built between two social outliers. High Times has the industry force cannabis and cryptocurrency can use in truly forming a relationship. Something the two arguably haven't had success doing to date.

The cannabis industry has had its share of celebrity-endorsed and unimaginatively named cannabis coins. Many of which fail to gain the critical mass to elicit sizable industry adoption. The industry's most illustrious, Paragon Coin (traded as PRG), while advancing cannabis-friendly working environments, is mired in a lawsuit and suffers from historically low coin value.

The potential for deep cross-industry collaboration hasn't yet been realized, and it shouldn't be that hard to bring these two disparate cultures together. In many ways, cannabis and cryptocurrency are a lot alike.

Popular investment speculators are standoffish to both cannabis and cryptocurrency. In part because of volatility, but because both markets wade in the secluded part of a gymnasium pool that's a little murky and hard to gauge the depth of.

They’re both discriminated against.

Twitter tolerates them both. One is Instagram-famous. One of them can’t assuredly publish an event notification on Evite without it suddenly disappearing, and one was just recently welcomed back to advertise on Facebook. One's never been able to advertise on Google's network and the other just got banned on June 1st, 2018.

They hang out at different tables in the school cafeteria.

While the cannabis clique swats nearest to the rear exit, the crypto crew sits within an ear’s shout from the Wall Street jocks who’ve taken over the middle of the dining hall. Neither is cool enough to be invited to the mainstream banquet, but both are edging closer and closer.

Their unlikeliness makes them likely companions because both cannabis and blockchain have the strongest industry force fueling them: Passion.

Blockchain and cryptocurrency advocates are pushing for mainstream acceptance with the same fervor as cannabis advocates. One wants to be taken seriously by legacy institutions and investors, while the other wants the government to treat it with softer restrictions the same way it treats a killer elixir.

Most notably, both cannabis and cryptocurrency aim to make life just a little bit easier for those who chose to use them.

Given the company’s recent $7 million acquisition of Green Rush Daily (GRD), a publication of 9.5 million monthly views, and another pickup of cannabis lifestyle magazine, Culture, High Times is looking to spread its reach. GRD “guides” section would be a great place to publish a “What you need to know about cannabis cryptocurrency” series.

With a facelift and the addition of a “crypto corner” to join the ranks of “legal corner” in the “features” subcategory, Culture Magazine might be just the right place to invite casual lifestyle readers a place to grow their blockchain and cryptocurrency knowledge under a familiar context.

If High Times gets a high grasp of this, lush fields of cross-pollinating interests can be forged together.

So, while it’s a union that doesn’t quite match up to Royal Family status, the marriage of High Times to cryptocurrency is very much America’s established culture embracing the new. A global, powerhouse cannabis brand welcoming cryptocurrency with the potential to drive growth expansion and acceptance of both into everyday, mainstream conversation.

Indeed, a wedding worth watching.

Disclaimer: I have no financial interest or positions in the aforementioned companies. This information is for educational purposes and does not constitute financial and/or legal advice.