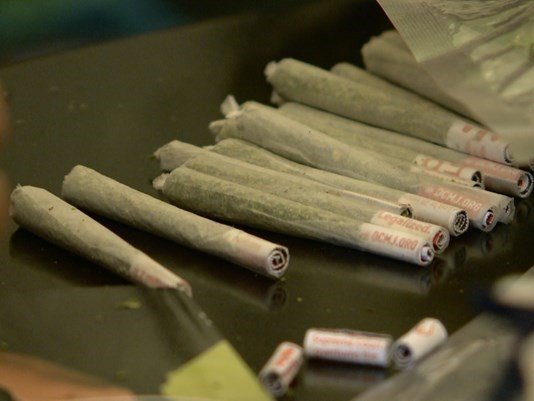 AMERICANS’ CULTURAL ATTITUDES TOWARD LEGAL USE ARE CHANGING AT AN INCREDIBLE PACE, AND LAWS AROUND THE COUNTRY ARE STARTING TO REFLECT THAT SHIFT.

The national trend towards legal pot discourages anti-drug forces, but public opinion seems to be making the point moot.

ST. PETERSBURG, Fla. (WTSP) – To put it bluntly: weed is on a winning streak in the United States.

Americans’ cultural attitudes toward legal use are changing at an incredible pace and laws around the country are already starting to reflect that shift.

Five years ago, recreational marijuana wasn’t legal anywhere in the U.S. Today, you buy a joint just like a bottle of wine in eight states and Washington D.C. Medicinal use of marijuana is now legal in 29 states, that’s more than half the country.

A 2016 Quinnipiac poll found that 56 percent of Florida voters are in favor of legalized use and possession of marijuana for adults. Nationwide, Americans’ support for full marijuana legalization has skyrocketed from less than 20 percent to more than 50 percent in just the last 20 years,

That has been a tough pill to swallow for anti-drug organizations like the Drug Free America Foundation.

“It’s never fun to work in drug prevention,” said Drug Free America’s Deputy Director Amy Ronshausen. “There are a lot of states that are ignoring our federal law, ignoring our international drug treaties, bypassing the FDA system, and that does make it very hard.”

Drug Free America is not pleased with the trend towards legalization, saying states are ignoring federal laws.

Federal lawmakers are starting to follow the shift in their constituents’ views as well. This month, Sen. Cory Booker of New Jersey introduced the Marijuana Justice Act, which would fully legalize adult use of marijuana at the federal level. The bill also tries to mitigate the circumstances imposed on citizens who have been caught up in the criminal justice system because of marijuana-related charges.

“People are churned into the criminal justice system, tagged with charges for non-violent drug use, with using marijuana in a nation where our lawmakers and our legislators have been using drugs,” Booker said when he introduced the bill on Aug. 1.

State lawmakers in Florida, on the other hand, have been slower to react. Legislators needed a special session to get a constitutional amendment written allowing the use of medical cannabis in the state, and they went out of their way to keep the smoking of medical marijuana illegal despite the fact that voters approved the measure with more than 70 percent of the vote.

“Our Legislature does not care about the will of the people, they do not think they will be voted out and, from my perspective, they basically spat on us and stuck their noses at us and said, ‘We don’t care what you voted on’,” said Michael Minardi, campaign manager for Regulate Florida, an organization working to put full adult recreational legalized use of cannabis on the 2018 ballot in the state.

Regulate Florida, which is pushing for legal pot, says legislators are dragging their heels on the issue.

Meanwhile, national advocates are less concerned about the way Florida lawmakers have taken on medical marijuana because they know the trends in public opinion on the issue are in their favor.

“I don’t think that anybody can expect a state legislature to just jump in and know everything about an issue, so I think these kinks that need to be worked out are nothing more than that,” said Jesse Kelley of Marijuana Policy Project. “It took the legislators a little while to get on board with what the people wanted. Now that they had their special session and passed the bill, it’s a good start, they’re on the right track to getting what the amendment asked for.”

“We’re destroying our communities by continuing to keep this illegal and we’re creating cartels and illegal enterprises to be able to profit off of this when our businesses and people who want to do this right, keep it away from children, are being forced out of this market,” said Minardi.

“We’re going to see a further push for full legalization, full adult use, which is actually a product of… the red tape and all the problems we’re having in the legislation, people aren’t able to get their medicine,” said Peter Sessa, co-founder of the Florida Cannabis Coalition . “There has to be a way to figure how to make money off this, the right people, the most influential people, how to make money off this before we’re going to see any real legislation at the federal level, and I think we’re very close.”