Is the medical marijuana debate in Florida leading the state down the road to legalizing recreational use?

Medical kidnapping or saving? Little Noah caught in legal fight over how to treat his leukemia 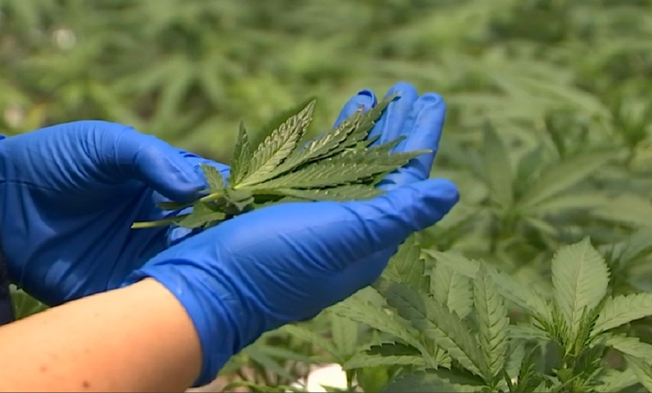 People are signing up for medical marijuana in Florida in record numbers – about 3,000 new patients a week.

The NBC6 Investigators found more patients are taking medical marijuana for chronic pain than anything else.

A report, issued by the Physician Certification Pattern Review Panel, shows from January through September of last year - more than 48,000 people were certified to take the drug for pain-related conditions. The second most diagnosed condition in Florida was post-traumatic stress disorder.

“It quite frankly doesn’t make any sense,” Jorge Silva, a medical attorney and professor at Florida International University, told us at the time. “There really is no legitimate reason for the state to withhold this information.”

The information was withheld until the NBC6 Investigators reached out to State Representative Rene Plasencia, R-Titusville, who wrote a medical marijuana bill related to public records. He told us that the Department of Health has a mandate to collect the data and provide it to state legislators annually. After the conversation with Rep. Plasencia, a spokesperson with the Health Department called their initial denial of our request a misunderstanding.

They provided us with a newly released report that shows of the 11,796 people who are certified to take the drug in Miami Dade, 4,176 take it for pain.

Michelle Weiner, a pain management doctor, said she isn’t surprised by the results.

“I think it’s a great alternative for a lot of people,” Dr. Weiner said.

She believes marijuana is a less addictive alternative to opioids.

“It’s a better choice because the patient isn’t going to abuse it to the point that they’re dying or they’re going through life-threatening withdrawal,” she said.

Broward County leads the state in the number of people taking marijuana for post-traumatic stress disorder. More than 4,500 people are certified to use the drug in the county for PTSD over the past year.

Veteran Jose Belen has been taking the drug ever since he returned home from the front lines of Iraq.

“It allows me to have this conversation without having intrusive thoughts or anger and having scatterbrain,” Belen said.

As of now, registered patients can take medical marijuana in a variety of ways that include vaping or orally ingesting marijuana oil and using patches to place on their skin. Currently, it’s against the law to smoke marijuana in Florida but that could soon change. Lawmakers could take final votes on two separate bills by March 15th that would make smoking medical marijuana legal.

Plus, access to the drug could soon be expanding. Florida voters could decide if everyone should have access to the plant legally, not just those who have medical marijuana ID cards.

Mike Minardi, an attorney with Regulate Florida, said his organization is on track to getting the use of recreational marijuana put on next year’s ballot.

“We have to keep pushing on the state, local, and federal level to make sure that they know this isn’t just about stereotypical people using cannabis but this is everyday people,” Minardi said.